Onam is the biggest festival of keralites. This onam will seen the biggest battle of films in cinema theaters. All the stars are coming with their latest films to treat the viewers. Rajadhi Raja, Peruchazhi , Villali Veeran, Bhaiyya Bhaiyya , Sapthamashree Thaskaraha are The Films Expecting On Theaters During this Onam 2014 Season.

Its the Onam 2014 film of Mega Star Mammootty. Ajai Vasudev is the director of This Movie, Its the Debut Film of him. Rajadhi Raja Movie is Written by Udayakrishna and Siby K. Thomas. Its Expected to Release on The Onam 2014 Season. Lakshmi Rai is the heroine of this movie and Joju George, Siddique, Mukesh Khanna, Lena etc rest in cast.

Peruchazhi – Mohanlal is coming with the movie peruchazhi to treat the malayalees during this Onam 2014. Jagannathan is the character by Mohanlal in the movie Peruchazhi. Produced by Vijay Babu and Sandra Thomas, This film is directed by Arun Vaidyanathan.

This is the Onam 2014 of Dileep. Villali Veeran is Directed by Sudheesh Shankar and Produced by Super Good Films. Namitha pramod is playing the female lead in this movie. Its Expected to release on Theaters during the Onam 2014 Season. 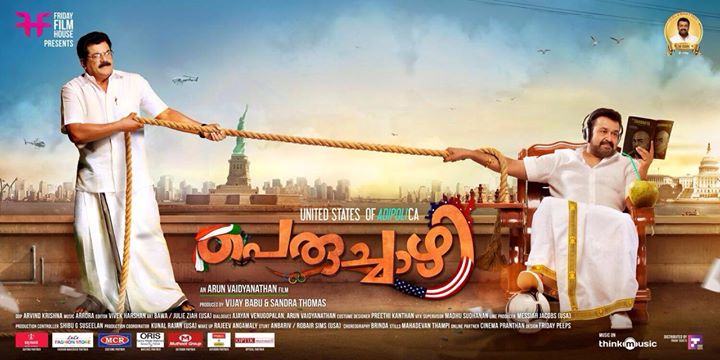