DIG (Jail) Viswanatha Menon has three daughters. Shyamini the eldest is studying in Music College, Chennai. Sindhoori, the second is a journalist. Niranjana the third one who was affected by polio at the age of 6 is now on wheel chair. It was Dr. Harikrishnan’s treatment and moral support that helped Niranjana get better from the bedridden stage. Hence, the family has great regards for Dr. Harikrishnan. Dr. Harikrishnan and Shyamini are in love. They have decided to get married after Shyamini finishes her course. Asianet completed this serial and new shows airing at prime time. 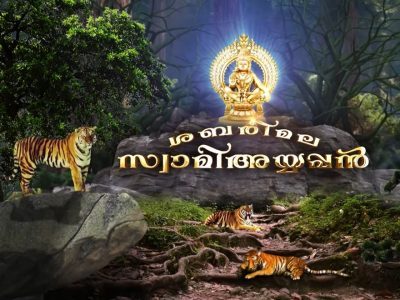 Since it is not permitted by law, he does it by replacing Mrudula with Shyamini who was more than willing to do so. Mariamma, the jail superintendent extents her support for the same. It is the first time in his life that Viswanathan is doing something against the law. The father in him had to do it as it was such an important thing in Mrudula’s life. You can now watch all Asianet tv serials online at Hotstar by downloading the application. Mrudula does not come back within the scheduled time. Days pass by without any news of Mrudula. This does not become an issue in jail because Shyamini who is a look alike is there in Mrudula’s place. Viswanathan could not reveal the truth as this would create major trouble for all the involved parties. But the tension building inside him was too much to withstand and within few days he dies of heart attack.

Sreenath, Kala Ranjini, Sajan Soorya, Saranya. Husband’s death and daughter’s disappearance really shatters Geetha. The burden of supporting the family falls on Sindhoori’s shoulder. Continued… Extensive searches were done for Shyamini but all in vain. When all hopes were lost Geetha suggests to Dr. Harikrishnan to marry Sindhoori and save her family. Though it was acceptable for Sindhoori, Dr. Harikrishnan was not ready for it. The only person who knew Shyamini is in jail is Mariamma, the jail superintendent. Now it is retirement time for her and before leaving she tells the truth to Sindhoori. The happy news that Shyamini is alive brings cheers to Sindhoori.

She sets out to see Shyamini in jail. On her way she gets a call from Dr. Harikrishnan informing her of his willingness to marry her. Now Sindhoori is in dilemma. If Dr. Hari comes to know that Shyamini is alive, he will not marry her. And unless Mrudula is found, nobody can save Shyamini from jail. So she decides to go back without seeing Shyamini. And the story continues…..